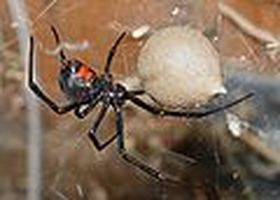 Egg sack of widow (photo: wikimedia commons)
Arachnophobia, a fear of arachnids, is one of the most common phobias in western societies. “One of the more prevalent forms of phobias in western society involves fear of spiders, with as many as 55% of females and 18% of males expected to experience arachnophobia” (Davey, 1992).  Even in eastern countries, such as India, where spiders are significantly less feared than in western countries, spiders still provoke significant feelings of disgust (Davey, 1998). 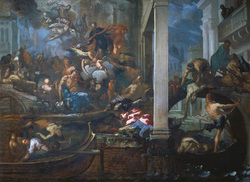 Painting depicting the plague (photo: wikimedia commons)
There is some debate about whether a fear of spiders is learned in western societies or whether there is a biogenetic component to avoiding spiders.  During the Middle Ages, spiders were associated with the plague and food-borne illnesses, which might suggest this fear has been learned (Davey, 1998; Hillyard, 1994). 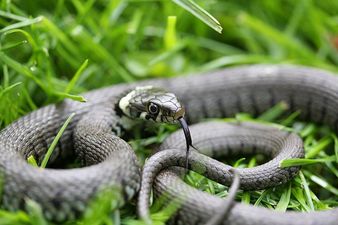 A snake in the grass (photo: wikimedia commons)
Another study showed that individuals who have phobias of snakes and spiders notice the object of their phobia more often than those without the phobia do.  Their brains actually perceive spiders as being larger and can spot them faster than individuals without this fear (Öhman, Flykt, & Esteves, 2001).  These findings suggest there might be an evolutionary consideration for such fears and that for ancient people to survive, “dangers had to be reflexively detected to be adaptively avoided” (Öhman, Flykt, & Esteves, 2001). 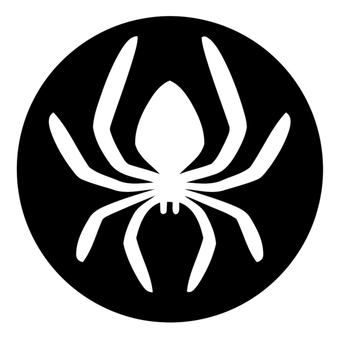 The spider is used as the icon and warning tag for FEAR in the Kijkwijzer system that helps European families know what media is appropriate for children.

Certain cultures have no fear of spiders, so it would be interesting to repeat this study using subjects from the Amazonian Piaroa Indians, who fearlessly collect and eat large spiders as part of their diet (Hillyard, 1994).   It appears the fear and disgust of spiders may have both cultural and biological roots.
Powered by