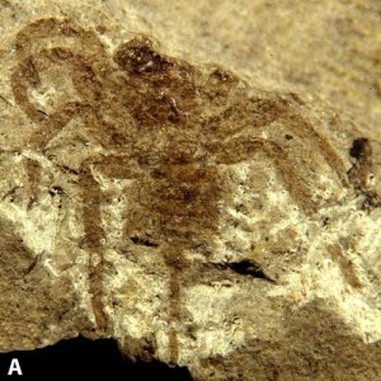 380 million year old fossil of Attercopus fimbriunguis (Smithsonian)
Spiders, or protospiders, evolved more than 300 million years ago and have survived to become remarkably diverse (SNMNH, 2014; Zielinski, 2008).  The oldest known fossil of a true spider with spinneret ducts dates from the Devonian period and is 380 million years old (SNMNH, 2014).  Species of ancient spiders have been on the earth longer than dinosaurs, and from fossil records paleontologists know spiders have evolved little since the Jurassic period (165 million years ago). The features and anatomy of a Jurassic spider fossil found in China are almost identical to modern spiders  (Selden & Huang, 2010).


Today there is some debate about whether the Attercopus fimbriunguis is actually a protospider and not a true spider. 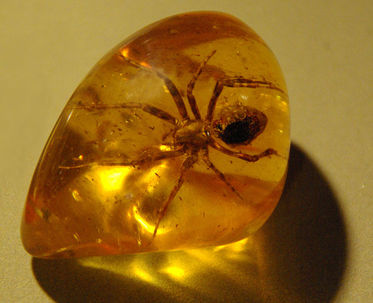